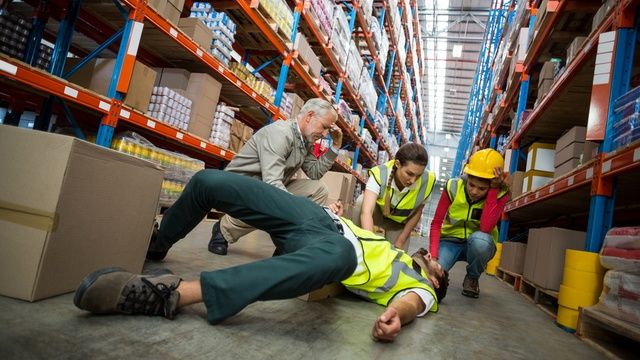 Falling objects are a serious hazard on construction sites

Objects dropped from work sites injured more than 52,000 people in the past year, according to the U.S. Occupational Safety and Health Administration. That averages to about 143 people a day or one person every ten minutes reporting an injury due to an object falling on them. Injuries while working at a construction site unfortunately do happen and may be serious.

If you work on a construction site, your chances of being struck when someone above you drops an object are much higher than the average person.

What is the real danger?

In some cases, even a safety helmet won’t do you much good. Heavier tools, like hammers or wrenches, may gain enough force as they fall to cause crushing injuries. For example, if an eight-pound tool fell on you from a height of 200 feet, it would be similar to having a small car dropped onto your head.

Some common injuries from falling objects include:

The most commonly cited recent example is of a man who was delivering drywall when a construction worker 50 stories above dropped a tape measure. The one-pound tool fell with such force that when it hit the man’s head, it caused a fatal injury. He was not wearing his safety helmet at the time.

What protections are required?

While you probably have many safeguards in place to protect yourself from falling, your tools may not. In addition, construction sites often cannot avoid dropping chunks of debris. If you work on the ground, this puts you at risk.

Most construction companies provide at least the minimum safety precautions:

Some feel it is time to include more comprehensive ways to prevent tools from falling rather than simply using nets and work zones to limit the amount of damage they do. Tying off or harnessing your tools — the way workers are required to harness themselves — might prevent more injuries and save more lives.

What should you do if you are injured?

After you have reported your injury and sought medical treatment, you will need to file a workers’ compensation claim to receive benefits. Having an attorney to help you with your claim will relieve you of the stress and frustration of dealing with the insurance company. Your attorney will also make sure you receive the maximum benefits you are owed.

Similarly, if you – like the man delivering the sheet rock – were injured on the job, but your own employer was not responsible for your injuries, you may have grounds for a third-party lawsuit. Your wisest course of action will be to discuss your case with an attorney who will investigate your claim and aggressively fight for any compensation for which you might be eligible.