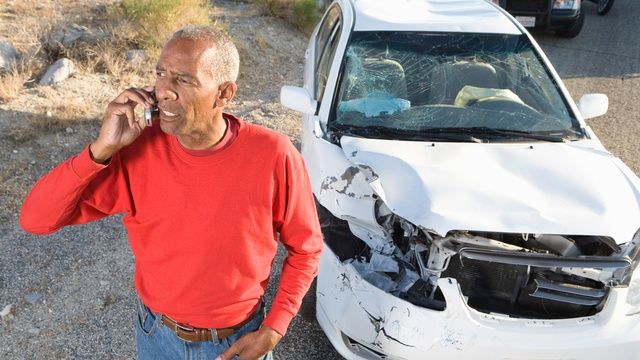 Rear end collision, directed verdict for plaintiff should have been granted

Trial on the issue of damages only is ordered.

In an action to recover damages for personal injuries, the plaintiff appeals from (1) a judgment of the Supreme Court, Dutchess County which denied the plaintiff’s request for a directed verdict at the close of the evidence at trial and which resulted in a verdict in favor of the defendant.

The AD ordered the judgment reversed, the complaint is reinstated, the plaintiff’s motion pursuant to CPLR 4401 for judgment as a matter of law is granted, and the matter is remitted to the Supreme Court, Dutchess County, for a trial on the issue of damages and for an appropriate amended judgment thereafter.

This case involves a rear-end collision between two cars. At trial, the plaintiff testified that his car was fully stopped at a red traffic light, that he remained stopped even after the light turned green to let pedestrians finish crossing the street, and that his car was then struck in the rear by the defendant’s car.

A trial court’s grant of a motion for judgment as a matter of law is appropriate where the trial court finds that, upon the evidence presented, there is no rational process by which the fact trier could base a finding in favor of the nonmoving party.

A rear-end collision with a stopped or stopping vehicle creates a prima facie case of negligence with respect to the operator of the moving car and imposes a duty on that driver to rebut the inference of negligence by providing a nonnegligent explanation for the collision.

Accordingly, the Supreme Court should have granted the plaintiff’s motion for judgment as a matter of law made at the close of evidence.